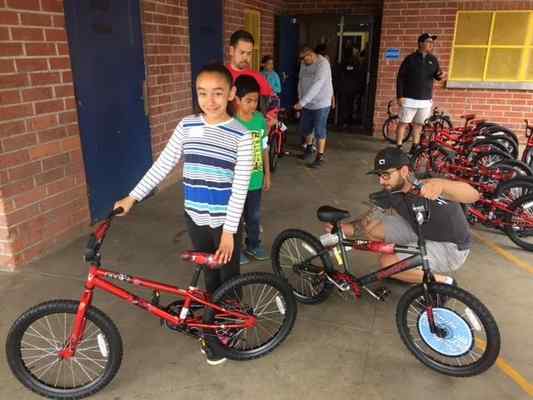 LA PUENTE >> Sheriff’s deputies teamed with a food company and a bicycle shop to provide free bicycles on Saturday to 85 students from La Puente elementary schools as a reward for good grades and attendance.

“The selected kids have demonstrated their potentials in schools by maintaining a positive attitudes, outstanding grades and attendance,” he said. “They’re earning this bike.”

GSF procured the dozens of bicycles, which the kids then assembled with help from deputies and sheriff’s Explorers, as well as staff from Incycle Bicycles.

Officials also provided the students with helmets, bike locks and handlebar bells. And sheriff’s officials provided the kids with a bike safety class.