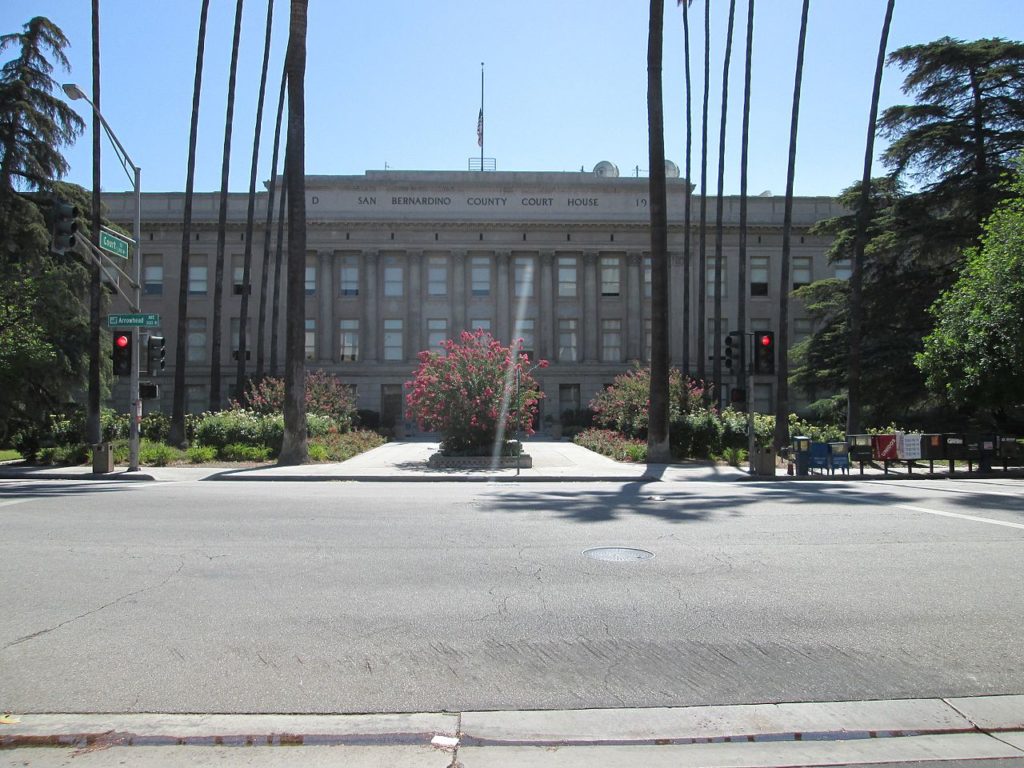 A federal judge on Tuesday said she  would approve the city’s plan to exit bankruptcy, marking a major step toward the end of the process for San Bernardino.

“This is a very important day for the city,” U.S. Bankruptcy Judge Meredith Jury said. “The city came in in financial chaos and it’s leaving in a much better place.”

Approval of the city’s plan to pay its creditors and restructure its finances was touted by officials as the start of a new era for the battered Inland Empire city, even as it faces a daunting list of challenges to truly right itself.

“We want our residents to know, and we want people who would invest in the city ... to know we’ve cleared this burden and we’re ready to do business,” City Manager Mark Scott said.

The plan includes a list of agreements with employees, retirees, municipal bondholders and many others.

The confirmation order is tentative until being made official, which Jury said would be done within 30 days.

“Nobody is walking away from this proceeding without having taken some kind of hit,” Jury said.

The plan, the broad outlines of which have been known for some time, preserves pension benefits for employees and retirees, though employees will have to contribute more to their pension plans and benefits were modified for new employees.

Retirees will lose some health benefits they were promised.

Meanwhile, some bondholders and unsecured creditors will be paid only 1% of what they were owed.

The vast majority of the city’s creditors have agreed to the plan.

But during Tuesday’s hearing, a number of lawyers for clients with federal civil rights lawsuits against the city that allege police abuse argued forcefully against it.

Those clients stand to get 1 cent on the dollar for the first $1 million in judgments if the city is found liable. Insurance would cover the remaining amount.

City representatives have argued that any savings from their compromises with creditors would go to rebuilding the city’s depleted infrastructure and improving municipal services.

In issuing her ruling, Jury noted that the city must be able to offer adequate services — particularly those for public safety — if it is to improve.

“Anybody who lives in this area knows that the crime problem in San Bernardino is significant,” she said. “They have to be able to get safe in order for people to want to live there.”

City Atty. Gary Saenz said the city’s creditors, employees and others made significant compromises for the plan to move forward.

They “realized that the city is in bankruptcy, has no money, and is in an extremely difficult situation,” he said. And they “gave up much to help the city get to a place where we could have a plan that would help the city survive.”

San Bernardino has been in bankruptcy since summer 2012. Over the last four years, other municipalities have entered and emerged. Stockton filed bankruptcy in 2012 and exited last year. Detroit filed in 2013 and exited the following year.

Years of cuts to public services and struggles to raise revenue in the impoverished city have battered its infrastructure and taken a heavy toll on its ability to meet basic public needs and attract new economic opportunities.

The bankruptcy process and cost-cutting efforts in years prior mean the city is now a very different place than it was just a few years ago.

Its storied Fire Department has been outsourced to the county and trash collection, recycling and street sweeping services have been contracted out.

City staff has been cut by hundreds, while street repair, libraries, parks, community centers and other services have been severely neglected. The Police Department’s staffing has been cut 30%, hampering its ability to deal with a recent surge in homicides.

“The public has had to put up with a lot,” Scott said. “Nothing would make us happier than to get back to where we’re serving them at a higher level.”

But in a city that is among the poorest in the nation, officials say raising revenue will continue to be a major challenge.

The city declared bankruptcy having been devastated by the effects of the Great Recession and housing crisis, which left it grappling with huge unemployment rates, one of the highest foreclosure rates in the nation and plummeting property and sales tax revenues.

Those tax revenues have improved moderately in recent years but are unlikely to do so significantly in the near future, officials have said.

Although city officials have explored raising various sales and other taxes to increase revenue, they concluded that the city’s poor residents could be overly burdened by such increases and voters may not approve them. The city has taken steps to raise fees, which do not require voter approval.

To boost the city’s economic foundation, officials hope to attract new development. But challenges including the city’s high violent crime rate, difficulty in providing needed services and the well-publicized bankruptcy itself have made that difficult.

On Tuesday, officials expressed hope that the impending exit from bankruptcy would help it begin to address some of those issues.

In issuing her ruling, Jury sounded an optimistic note and congratulated the city’s leadership. The city’s top positions are now filled by different people from when the bankruptcy process started. Four years ago, she said, city officials appeared to be working at odds with each other.

“I’ve lived in this community for 40 years,” Jury told the packed room of attorneys and city officials who gathered for the momentous hearing. “I’ve always said, ‘that city needs help.’ And it got it.”